Nvidia’s latest offering, a streaming service for games called GeForce Now, is seeing an explosion of subscribers. This is despite some initial hiccups including loosing some major titles from some of the largest publishers. One reason for the sudden spike in interest is likely due to Covid-19. The fast spread of the virus is causing communities to shut down and people to self quarantine. This in turn is giving them a lot of free time to sit down and play some games.

What Is GeForce Now?

For those who are not familiar, Nvidia’s GeForce now is a game streaming service much akin to Google Stadia. The program allows you to stream “almost” any game you already own to your device, whether it’s a PC, Mac or compatible Android device (sorry iOS users). Supposedly more eligible devices will be coming soon, including smart Android TVs. The service offers two tiers, a free version and a subscription based paid version called the Founders Edition.

The free version allows you to enjoy a play session for up to one hour at a time (though you can re-queue as much as you like). You’ll likely have to wait a bit though to start a game, as there are a limited number of “rigs” available for everyone.

When the service initially launched on February 4th, 2020, there was a lot of hype. Finally, a cloud gaming platform that harnessed the power of Nvidia’s servers to delivery a good gaming experience. This quickly begin to drift downhill however, as publishers began to pull their catalogs from GeForce’s library.  Currently, the list of publishers who have removed their games from GeForce Now include Blizzard, Bethesda and Rockstar, among others. This has since sparked a debate on digital licensing issues. On the one hand, using GeForce Now isn’t much different that setting up an in-home streaming server for all of your devices. On the other hand you have publishers who want to exert more control over how their titles can be played. Raphael van Lierop, developer of The Long Dark had this to say:

Sorry to those who are disappointed you can no longer play #thelongdark on GeForce Now. Nvidia didn't ask for our permission to put the game on the platform so we asked them to remove it. Please take your complaints to them, not us. Devs should control where their games exist.

Needless to  say, this has caused some rifts between players and content creators. Here are some other tweets.

So my girlfriend and I have been using @NVIDIAGeForce new service, #geforcenow. It's been great so far. But developers I.e. @Activision & @bethesda have pulled their games from this platform.
We shouldn't let profits divide us in a time like this. Drop your games! #LetUsPlay

Now, you have the opportunity to do a good things putting your games back on #geforcenow so that we can play AND BUY our favourite games. What do yo think? @Activision @bethesda_it @2K @NVIDIAGFN #COVIDー19 is forcing us to stay home.. Please, help us, seriously.

2/2 @electronicarts @Konami there r many games I'd like to buy and play RN,but since I can only do so tru #geforcenow ATM,you're forcing me, and many, not to.& NO,I wont buy another gaming rig, nor should GFN have to 💸 u so ppl m8 stream games they own. We will remember #COVID19

How The Service Is Turning Around

Despite the rocky launch, Nvidia’s streaming service is doing exceptionally well. Every week new titles are being added, and for the most part performance is really good (as long as you have a fast internet connection). Things were going so well, that for a while new subscriptions to the Founder’s edition were sold out in both the EU and in North America. At the time of this writing however, it seems that at least in the U.S, subscriptions are available again.

As you can imagine, we’re experiencing a substantial increase in the number of GeForce NOW players and their amount of playtime. As a result, our Founders memberships are currently sold out in Europe and we anticipate North America won’t be far behind. We’re working to expedite capacity by adding servers in our data centers. And we’ll reopen Founders memberships as capacity allows. You can still register for our Free tier and sign up to be notified when more Founders memberships become available. Learn more about both options here: https://www.nvidia.com/en-eu/geforce-now/#product-matrix Thanks!"

One reason for the sudden spike in users is due to Covid-19, or the Cornavirus. With many communities shutting down stores and restaurants, people are looking for ways to entertain themselves. Social distancing is the latest buzzword, and gaming is an excellent way to spend time while doing so.

GeForce Now is a great streaming service. This is espescially true if you have older or underpowered hardware. Simply having a fast internet connection allows you to play your favorite games on a variety of different devices. The free version is good for most users, and it also allows you to try the service out without having to shell out any of your cash. That’s a good thing when we are supposed to be staying home. 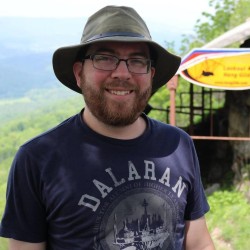 James
A tech enthusiast, I enjoy trying out new things (and often crashing my system) in the name of science. Or boredom. This passion has taught me many things about computers. I enjoy self-teaching & YouTube tutorials to the traditional classroom.

Any cookies that may not be particularly necessary for the website to function and is used specifically to collect user personal data via analytics, ads, other embedded contents are termed as non-necessary cookies. It is mandatory to procure user consent prior to running these cookies on your website.